What happens when you turn on an LED ?

It may seem a silly question – it lights up of course !

However, for those of us using LEDs to make precise measurements of fluorescence or optical transmission, it’s a rather more complex, since some of the current through the LED will tend to heat it up.

Its well known that the power and spectral output of an LED is dependent on temperature. For example for a typical LED:-

With a passive heat-sink, the effect of this can be reduced, though the time to equilibrium can be quite long and have a significant impact on the power output (Figure 2 shows a passive heat-sink monitored for 16 minutes with an ambient of 26°C). 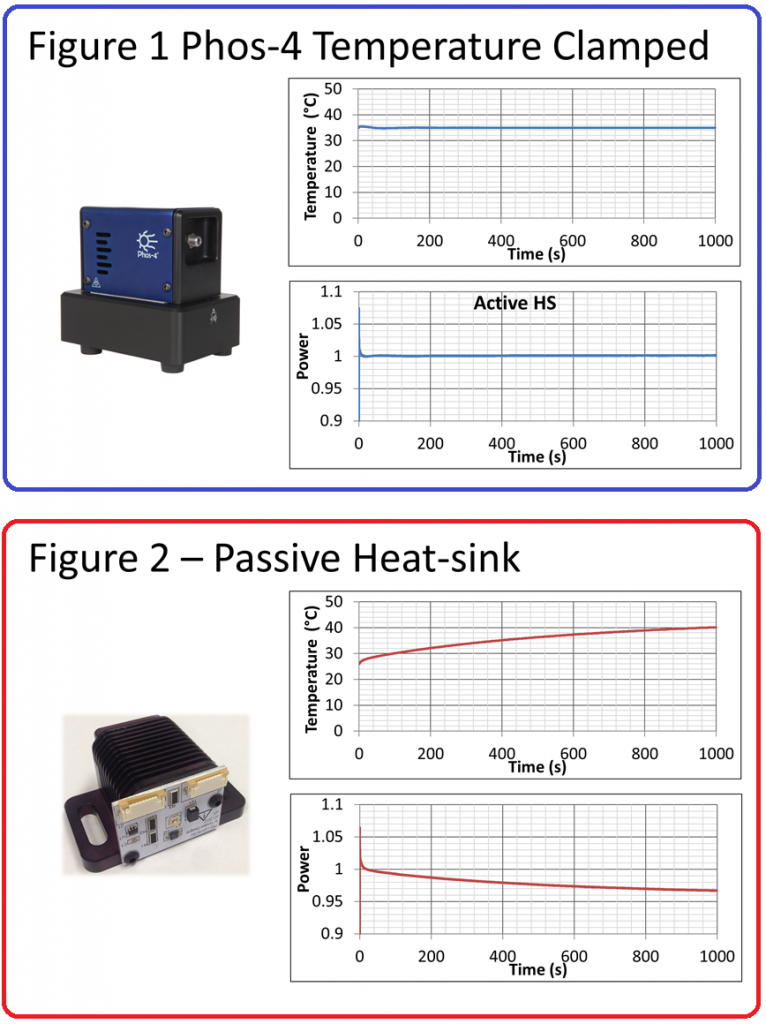