So why are we so excited about keeping LEDs at the same temperature ?

Having a stable light source is crucial in any optical measurement – whether you are measuring fluorescence, transmission, diffuse reflectance etc.

Question – Is it acceptable for the light source you are using to introduce systematic errors ?

(The picture opposite is fluorescein dissolving in water, with UV illumination- pretty isn’t it ?  Click the Link for a cool 5 second animation
Of course for measurements below we waited until it was uniformly distributed !) 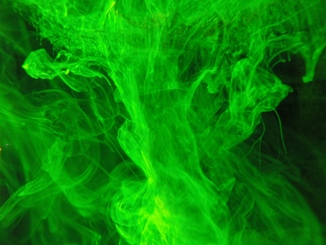 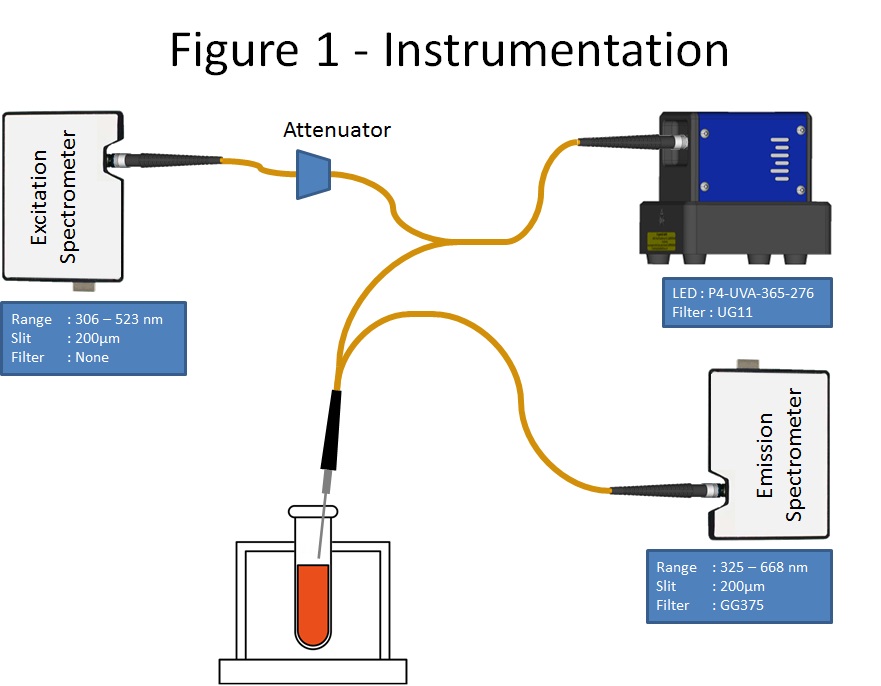 To look at the potential for an LED to introduce errors, we used a fiber optic probe above a solution of fluorescein, with a typical instrumentation setup (Figure 1).

For each temperature, we recorded 2 spectra :-

You will notice in Figure 1 that the fiber optic sensor was just above the surface of the solution – this gives an image of the excitation spectrum in the emission spectrum.  Often people normalize by Excitation component in the spectrum to correct for changes in the light source intensity.

Its pretty clear from Figure 2, that the intensity of the excitation spectrum reduces as the LED temperature increases.

So of course the intensity of the emission spectrum also decreases. 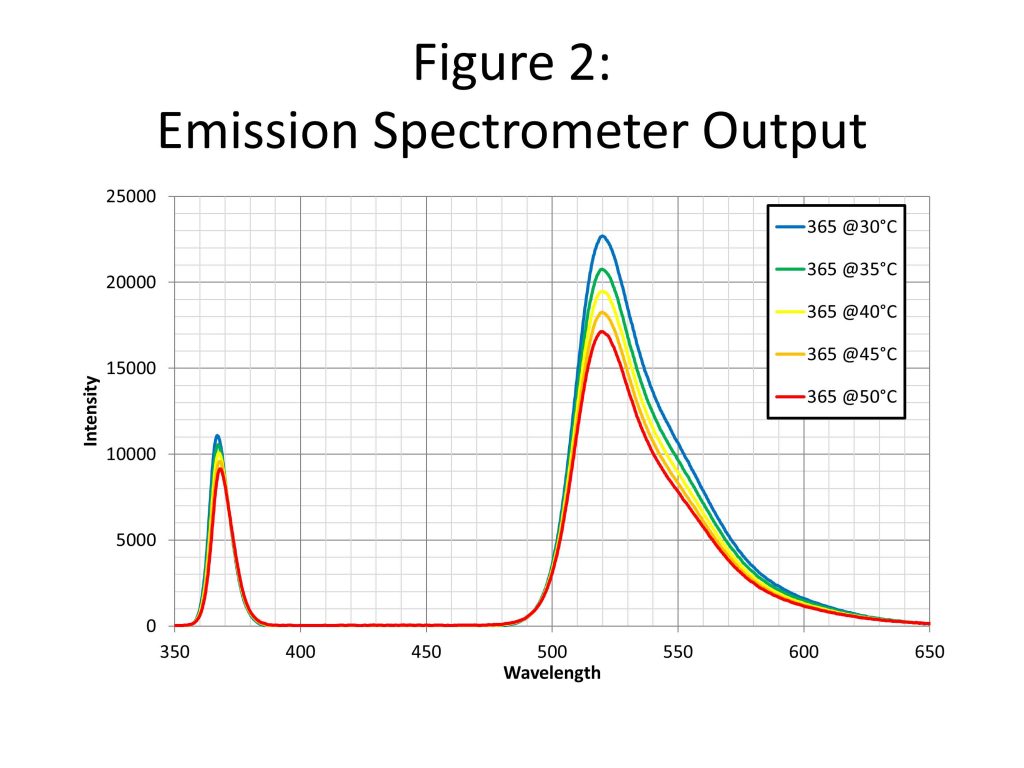 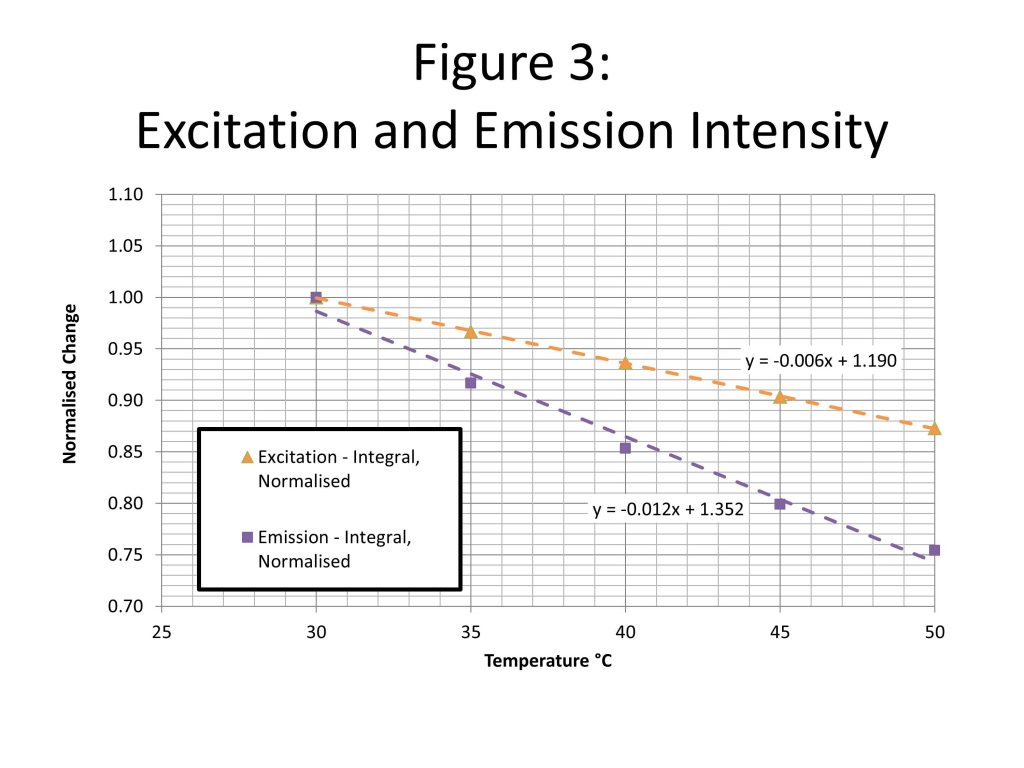 Figure 3 shows the effect of processing the spectra, by integrating under the curve.  The integral values for each LED temperature have been normalized by the LED temperature at 30°C.

Its pretty clear that the Excitation spectra and the emission spectra are doing different things here:-

If we normalize by the excitation intensity, we are still going to be in error by 6% for a 10°C change.

You may be thinking that a 10°C change in temperature is unlikely.  But in fact that can can easily occur over 15 minutes, while running an LED at 800mA (check out this link).

Clearly there is something more going on here than just the effect of intensity and that has to be the change in the spectral distribution of the LED output.

Typically the peak wavelength of an LED changes by about 0.05 nm / °C.  It doesn’t sound like much but clearly we have demonstrated that it can be.

The bottom line is simple,

With a Phos-4, changes in the temperature of your LED will be one less factor you’ll have to worry about.